It’s no secret that investing in anything that tracks the S&P 500 Index has been one of the hottest investments over the last 5 years.  The performance of this index (made up of U.S. large company stock) is now in positive territory for the year after one of the worst first quarters in history!  After this horrific first quarter, the U.S. Large Cap market responded with the best 50 days ever during the second quarter.  Meanwhile, other asset classes like U.S. small cap, U.S. value, International and Emerging Markets are still negative for 2020.  This begs the question: does diversification still work or is diversification dead?

Why wouldn’t we simply put all our money into the S&P 500? After all, the 30-year return on the S&P 500 is nearly 10% per year. On the surface, it seems to reason that this would be a good strategy.  When you dive a little deeper you start to uncover some interesting things that could be dangerous to your financial health and your long-term goals. 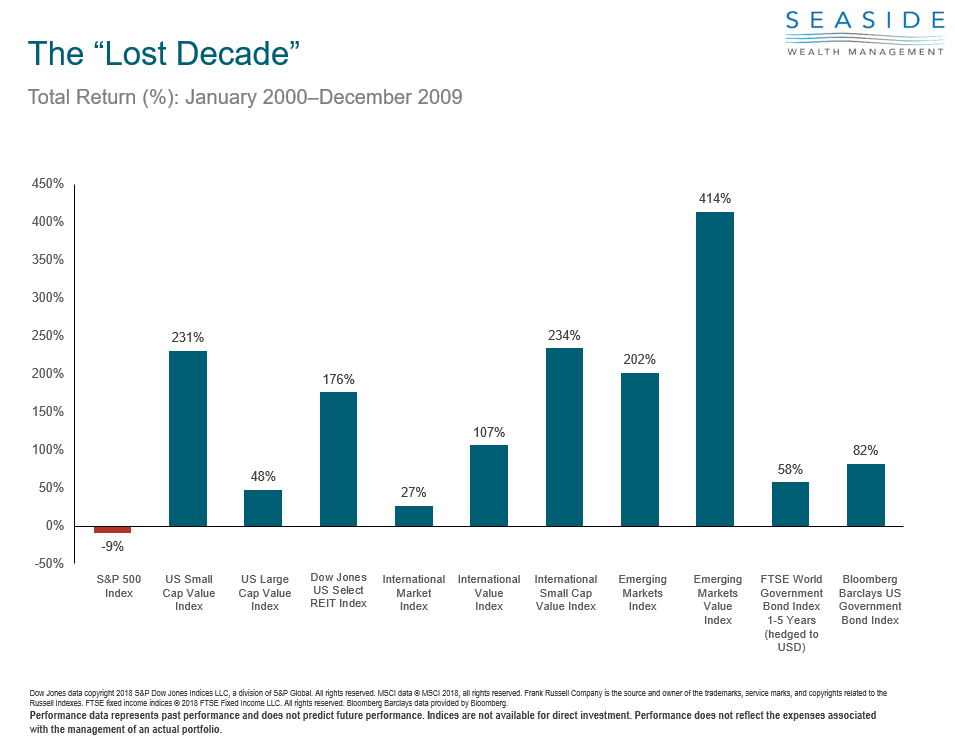 In that same time period, many asset classes did much better than the S&P 500 and prevented a retiree from having to go back to work.  Investments in companies located in Emerging Market countries (Brazil, Russia, India, China) and International based companies (Europe, Australia & New Zealand), Small U.S. Companies, Value companies and REITs (Real Estate Investment Trusts) performed really well.  A diversified portfolio was the way an investor avoided losing money over an entire decade.

But what about the last 5 years?  The S&P 500 was the best performing asset class in 2019 and has rebounded quickly in 2020.  While it’s tempting to chase after the “hot” asset class there is danger in this approach as well.  It is hard not to chase this “shiny object”, but keep in mind that since 1972, the S&P 500 has been the worst performing asset class 14 times.  This is nearly 30% of the time! It’s only been the best performer twice in a 48-year time frame! 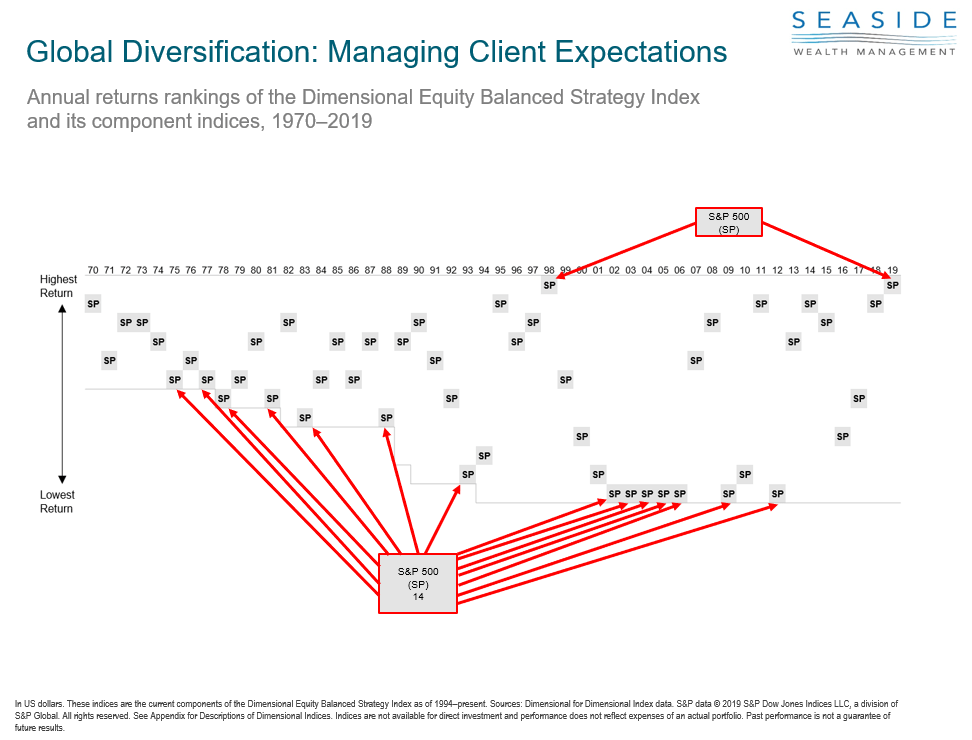 The other hidden danger to be aware of is this: 5 companies make up 20% of the S&P 500 right now.  Facebook, Amazon, Microsoft, Apple and Alphabet (Google) represent 20% of the index. If anything should happen to one of those companies it could have a dramatic impact on the S&P 500, thus affecting returns in a significant way.  Investors are forgetting the pain they went through after the dot com bubble burst in 2000.  The last 5 years have been eerily similar to the late 90’s with a major run-up in technology and growth stocks.  Maintaining discipline and not concentrating one’s holdings is more important than ever today.

When we expand the time frame, we see that investing internationally using a globally diversified portfolio of US large and small companies, REITs and International companies as well as Emerging Markets has significantly outperformed the S&P 500 over the last 50 years. 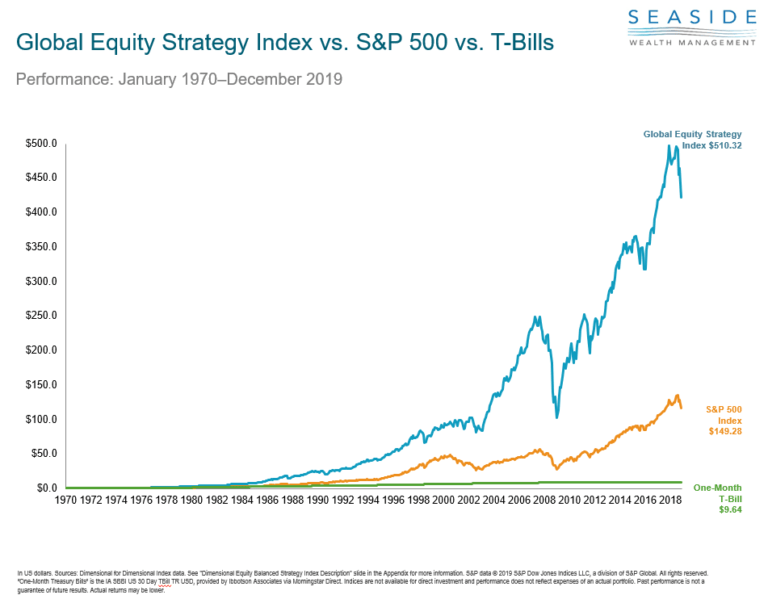 One of the most important things required for successful long-term investing is patience and discipline.  Maintaining one’s long-term, goal-oriented perspective is critical to not chasing after the hot performance over the short run and abandoning a well-diversified, globally balanced investment strategy.  While this may sound simple, it is not always easy.  We encourage you to call our office if you have questions or would like to discuss this further.